In the midst of a career surge that has made him one of rap’s biggest stars, Lil Wayne is bracing for a year behind bars after pleading guilty Thursday in a two-year-old gun case. 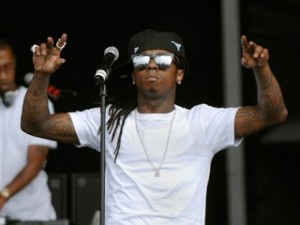 A glum Lil Wayne said little as he admitted illegally having a loaded gun on his tour bus in 2007, moving to end a case that had churned along as he collected Grammys and gold records. He’s expected to get a year in jail at his sentencing, set for February.

The plea, which came as he boasted the country’s No. 1 pop song, makes Lil Wayne the latest in a long line of rappers to face incarceration after topping the charts.

Arguably rap’s most popular artist, Lil Wayne somberly answered his judge’s questions with “yes, sir” and “no, sir” as he pleaded guilty to a felony charge of attempted criminal possession of a weapon.

He acknowledged he had a loaded .40-caliber semiautomatic gun when the bus was stopped shortly after a Manhattan concert on July 22, 2007. His lawyer had previously disputed the gun was the rapper’s, in part by questioning the reliability of a highly sensitive DNA test that prosecutors said tied him to the weapon.

State Supreme Court Justice Charles Solomon warned Lil Wayne that he wouldn’t be able later to withdraw the plea, as some people try to do.

“I’m not one of those people,” said the rapper, who sat in court in jeans and a hooded parka. He pulled up the hood and didn’t speak as he left the courthouse with members of his entourage, who piled into four black SUVs. He’s due back in court Dec. 15 before his sentencing date, which has yet to be set.

He had faced at least 3 1/2 years in prison if convicted of the original weapons-possession charges against him.

Lil Wayne, 27, also is scheduled for trial in Arizona in March on felony drug possession and weapons charges stemming from a January 2008 arrest at a U.S. Border Patrol checkpoint. He has pleaded not guilty in that case.