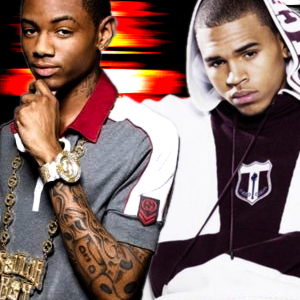 First Fabolous, Carmelo Anthony, Souljah Boy, and the newest twitter beef that brewed was last night on twitter. Chris Brown vs. Kat Stacks… It was a mess. CB took to his page and started to go hammmm on Kat, which I am beginning to believe this is the new trend and quickest way to get a top blog mention. Chris threw jabs via twitter such as:
im getting sick just responding to ya!! ATTENTION fellas beware of biohazard STACKS!!! about 4 hours ago via web
and back with: # hope you had fun wit the 15 seconds of fame!!! now have a good night and go sit on a cactus!!! about 3 hours ago via web
# http://dvice.com/pics/coffin.jpg this is what happens if u have sex with @ihatekatstacks… seriously… about 3 hours ago via web
FELLAS this was my white homeboy after he had sex wit @ihatekatstacks..RUN!!!!!!!! about 3 hours ago via web

Kat had enough and she ended it by posting a photo of Rihanna’s facial shot taken by the police following the brutal attack from last year that Chris did to her. *gasp*

Immediately following he logged off. WOW! That’s messy in my MO-pinion.

Besides Twitter, Chris Brown did an amazing job in the movie “Takers” (so I heard) check these flicks out: