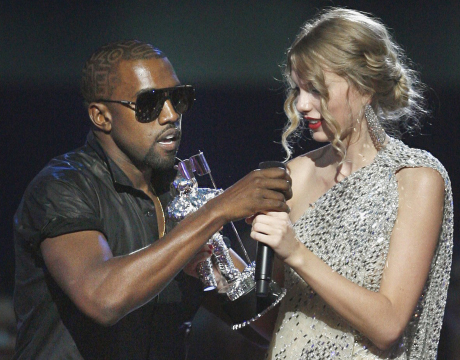 Taylor Swift made a very memorable performance at this year’s 2010 VMAs with a song many are deeming a hit at Kanye West.

At the beginning of the performance, a tape from last year’s VMAs when Kanye stole the VMA from Taylor Swift played.

Forgive me if I have a few of these quotes messed up as this is the first time I’ve heard the song but here were the highlights as I watched.

Do you think Taylor Swift’s performance was a great choice for her as a musician or do you think she’s spent too much time dwelling on the past and that the lyrics for this song show her immaturity?

Personally, I applaud Taylor for her performance. It’s about time someone put Kanye in his place and she did it with grace and integrity.

Although, really, would we expect anything else from her?