Wale – I’m On One Freestyle 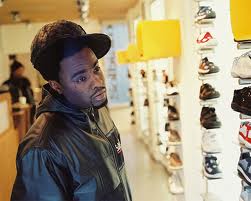 Mr. No Days Off known as Wale continues putting the DMV on the map & highlighting the objective of his ambition by bestowing listeners with a freestyle to DJ Khaled’s song “I’m On One.” The “undefeated” lyrical master may not “really know a lot” but he does intend to “run this summer.” Wale is conscious of the statistics of opinions that feel he has “something to prove” but the self-reliant Maybach Music Group emcee knows that he is “iller.”

Controlling his response lyrically better than he does on twitter, Wale’s “ambition to blow” is why he continues against adversity & negativity. His achievement proves that he is an “a**hole” & the “tightest writer to write it” with his “rhetorical lyrics.” The “neutral mover” that is “truly cool with a bunch of crews” does not plan to purchase or be seen in a “Phantom” Rolls Royce until he receives a “Grammy” that honors his “wicked ambition.”

The original version of “I’m On One” by DJ Khaled features Lil Wayne, Drake & Rick Ross.