What is hip hop?

I think some of yall just need a reminder…. 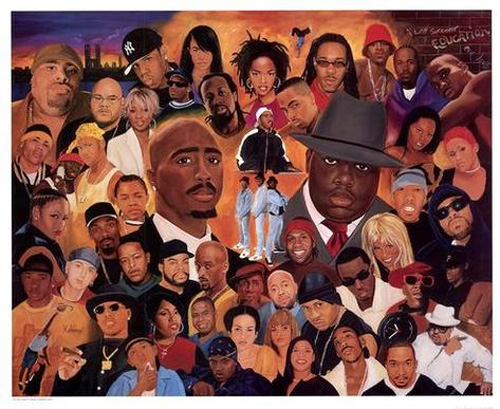 Hip hop is the form of musical expression and artistic culture that originated in African-American communities during the 1970s in New York City. DJ Afrika Bambaataa outlined the four pillars of Hip-hop culture: MCing, DJing, breaking and graffiti writing.Other elements include beatboxing.

Since its emergence in the South Bronx, Hip-hop culture has spread around the world. Hip-hop music first emerged with disc jockeys creating rhythmic beats by looping breaks (small portions of songs emphasizing a percussive pattern) on two turntables, more commonly referred to as sampling. This was later accompanied by “rap”, a rhythmic style of chanting or poetry presented in 16 bar measures or time frames, and beatboxing, a vocal technique mainly used to imitate percussive elements of the music and various technical effects of hip hop DJ’s. An original form of dancing and particular styles of dress arose among fans of this new music. These elements experienced considerable refinement and development over the course of the history of the culture.