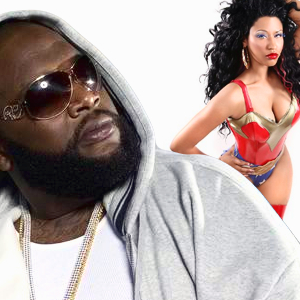 Announced Thursday (May 3) afternoon, show performers were unveiled during the “Angie Martinez” show.

Other announced performers: DJ Khaled, whose “All I Do Is Win” was an unoffical Summer Jam anthem two years ago, witty Wale, who has lately transformed himself from an underground favorite to a mainstream hitmaker, the pugnacious Maino, the diminished but still relevant Young Jeezy, and bubbling-under Meek Mill, who stands a decent chance of following his mentor Rick Ro$$ to mainstream recognition. There’ll be some (relatively) fresh faces, too: the affable Big Sean, Jay-Z protege J. Cole, quick-rhyming Young Money emcee Tyga, French Montana, Mavado, and 2 Chainz, who features prominently on “Beez in the Trap,” Nicki Minaj’s latest hit. And what about that Black Hippy collective that’s been making so much noise lately? Well, Kendrick Lamar and Schoolboy Q will be joining Pusha T and Big K.R.I.T. on the Village pre-show stage. That’s a heck of a lot of talent on the undercard; hopefully, Hot 97 will deem those rappers worthy of mainstage performances next year. (The Star-Ledger)

And here, onstage at Giants Stadium, was Rick Ross–his chest puffed out, his black-and-yellow Hawaiian shirt open wide but still somehow stretching tight–cheered on by fifty thousand strong. They welcomed his street anthem, “B.M.F.,” chanting a chorus and cadence that, in various incarnations, has blasted out of car windows on 125th ever since it came out last summer: “I think I’m Big Meech, Larry Hoover.” Rick Ross can make up a lot of things, but even he couldn’t make this up. (Village Voice)

The show even gave concertgoers an opportunity to see Lil Wayne and Drake perform together.

It wouldn’t be Hot 97 Summer Jam without an appearance from Lil Wayne. Mr. Carter, baring his tatted chest, performed new material for the first time live including his Carter IV single “How to Love” and Kelly Rowland’s “Motivation” with Shanell. He brought his Young Money family and Lloyd out for “BedRock,” set the stage ablaze with his father Birdman (“Fire Flame”), and capped things off with Drake (“Miss Me”) and Rick Ross, who let it all hang out during “John” and DJ Khaled’s “I’m on One.” (Rap-Up)

Check out the Summer Jam 2012 announcement below: