The Deal: Atlanta rappers become yet another act to turn their mixtape release into an event and Twitter trending topic, even crashing their personal Web site.

The Good: Damn it’s catchy. Not just one song or chorus, but the whole fucking thing. A couple clever references to hood staples like Tahitian Treats made me smile, but you can’t slam then from the glaring lack of lyricism because at no point in time do they ever say they’re trying to be insightful or thought provoking, they kinda just want to dance, party and get chicks. Can’t knock ‘em there. Also dropped a free 30-minute movie for a free album.

The Bad: It’s easy for all these songs to run together in your head as one, they don’t sound that different at all. I have no clue how they associate what they do with Che, Mandela and Marcus Garvey but yeah, they’re all on the artwork.

The Verdict: Ignorant to some, dope to others, I say let the kids have fun. Wouldn’t be shocked to hear every single song on Power 98 at some point in time this summer. Whether that’s a good or a bad thing, I’ll let you decide but if you see any girl over 25 blasting this, please slap her with her birth certificate, but considering every other song I listened to in high school told me to stomp somebody out, I can’t say this is worse. 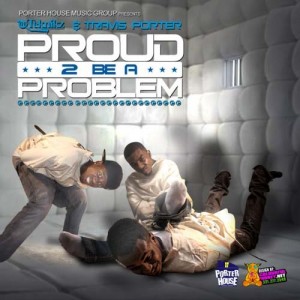