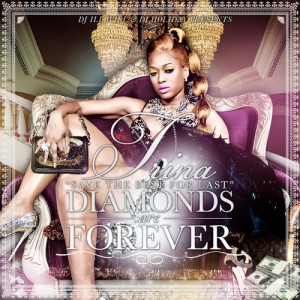 The Miami Diamond Queen, Trina, has returned to retake her throne with her brand new mixtape entitled ‘Diamonds are Forever.’ Trina can spit on any beat, no matter the producer, that has been known as one of her best qualities, besides her ability to always carry a crowd. On this new mixtape, she really brings in the production as her lyrics seriously flow over them like water.